Lunch with David Grann at the Eiteljorg Museum

Lunch with David Grann at the Eiteljorg Museum

Enjoy lunch while learning from David Grann, author of Killers of the Flower Moon. Grann’s book explores the Osage murders of the 1920s.

What can Indiana (Land of the Indians) learn from the Osage? Please join with NETWORK in welcoming to Indianapolis David Grann, author of Killers of the Flower Moon. In the 1920s, the Osage became the wealthiest people per capita in the world. Then shockingly, dozens of the Osage were murdered. Why? Enjoy lunch while author David Grann discusses his book and explores this question.

One individually packaged lunch is included with program admission.

David Grann is a #1 New York Times bestselling author, an award-winning staff writer at The New Yorker magazine, and a popular speaker. His book Killers of the Flower Moon: The Osage Murders and the Birth of the FBI documented one of the most sinister crimes and racial injustices in American history. Described by Dave Eggers in the New York Times Book Review as a “riveting” work that will “sear your soul,” Killers of the Flower Moon was a finalist for the National Book Award and a winner of the Edgar Allen Poe Award for best true crime book. A #1 New York Times bestseller, Killers of the Flower Moon was named one of the best books of the year by the Times, Wall Street Journal, Washington Post, Los Angeles Times, Time, Entertainment Weekly, and other publications. Amazon named it the single best book of the year, and so did Shelf Awareness. The story has also been adapted into a major motion picture directed by Martin Scorsese and starring Leonardo DiCaprio, Lily Gladstone, and Robert De Niro, which will be released in 2022.

The Leora Brown School, Inc. The Leora Brown School is the rehabilitated 1891 Corydon Colored School. It is a refreshing retreat to the past – a quiet setting for present problem solving – and a beacon of hope for the future by illuminating the strengths of the past while paving a path to racial remedies.

Contact museumprograms@eiteljorg.com or mxnbrown@aol.com with questions. This is an in-person event. No refunds will be issued after May 9, 2022. 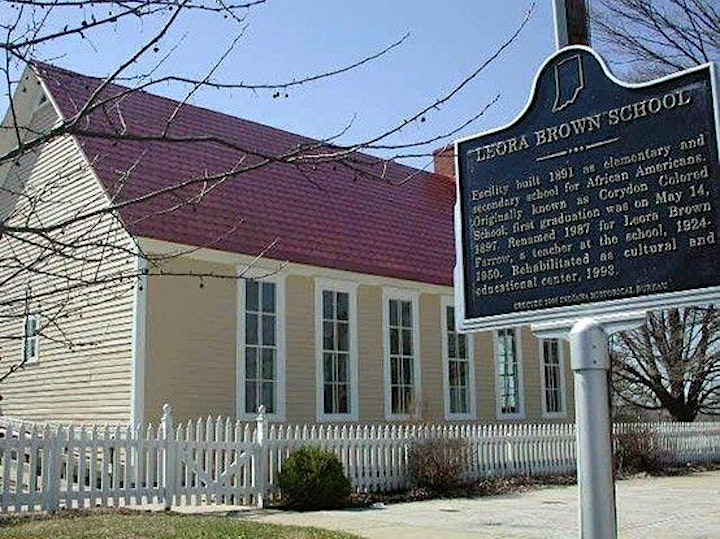